teaching taekwondo for all ages since 2010

Founded by Master Robertson in 2010, his vision was to create a club that provides affordable and accessible sport to children, young people and adults.

Beginning initially in Abronhill High School as assistant instructor 2001, then becoming the lead instructor in 2005. Master Robertson Relaunch the club in January 2010 on returning from Australia and Asia, training and competing in Oceania and Asia 2008-2009.

Raw Taekwondo has expanded from a small class of students in Abronhill & Moodiesburn, to a full time Taekwondo Centre Fully equipped with mats and martial arts equipment with classes seven days a week in 2016. Raw taekwondo offers classes to children as young as two years of age and up to adult learners, with a growing team of coaches including; Master Robertson and his wife. Each of our coaches are PVG certified and Black belts are Kukkiwon qualified. View our coaches.

Raw Taekwondo boasts over 200 members and is looking to expand, where students can put in extra hours of training when they wish. We hope to increase the size of our sparring and poomsae team to compete nationally and internationally forging new friendships and expanding our students Taekwondo network.

We are a member British Taekwondo the Governing Body for Olympic Taekwondo (WT). Master Robertson is on the board of SCoT, the Governing body recognised by SportScotland for all Taekwondo, as Director of Memberships. 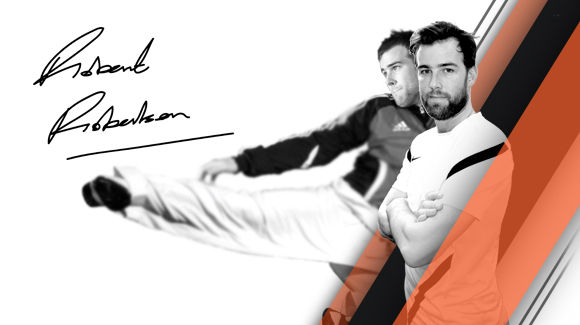 It’s about offering an opportunity to those who otherwise wouldn’t be able to get involved.

1. Getting to and from the session, guidance states you must not car share to the session with anyone from outside your household.
2. Parking at the centre is limited, please allow one parking space between participants in the centre. There is plenty of parking available at the rear of the building.
3. Taekwondo classes will use the same exit but allow a 10 min buffer at the start and end of each class to reduce build-up of traffic in communal area’s/drop-off zones.
4. When dropping children off, parents and children over 12 are advised to comply with current rules regarding wearing of masks, i.e. if entering a building this should be worn. There is no requirement to wear a mask during class activity. (We ask that parents/carers observing Tots class wear a face covering/ maintain a social distance while in the hall)
5. Sanitising stations have been be made available at both entry and exit point, as well as within the gym area.
6. Instructors will have a gap period between classes in order to allow the class to exit safely and to sanitise any equipment prior to the arrival of the next class.
7. We are required to keep a ‘track and trace’ log of all students / parents / carers entering the facility. This will include Date & Time of attendance as well as relevant contact information. This information will be kept and stored for 21 days.
8. It is advised that where possible parents / carers should drop children off to class at the main entrance and return to collect them at the appropriate time. This is to avoid any build-up of people in the hallway.
9. Please note our lounge will be closed until further notice.
Kam sa ham ni da